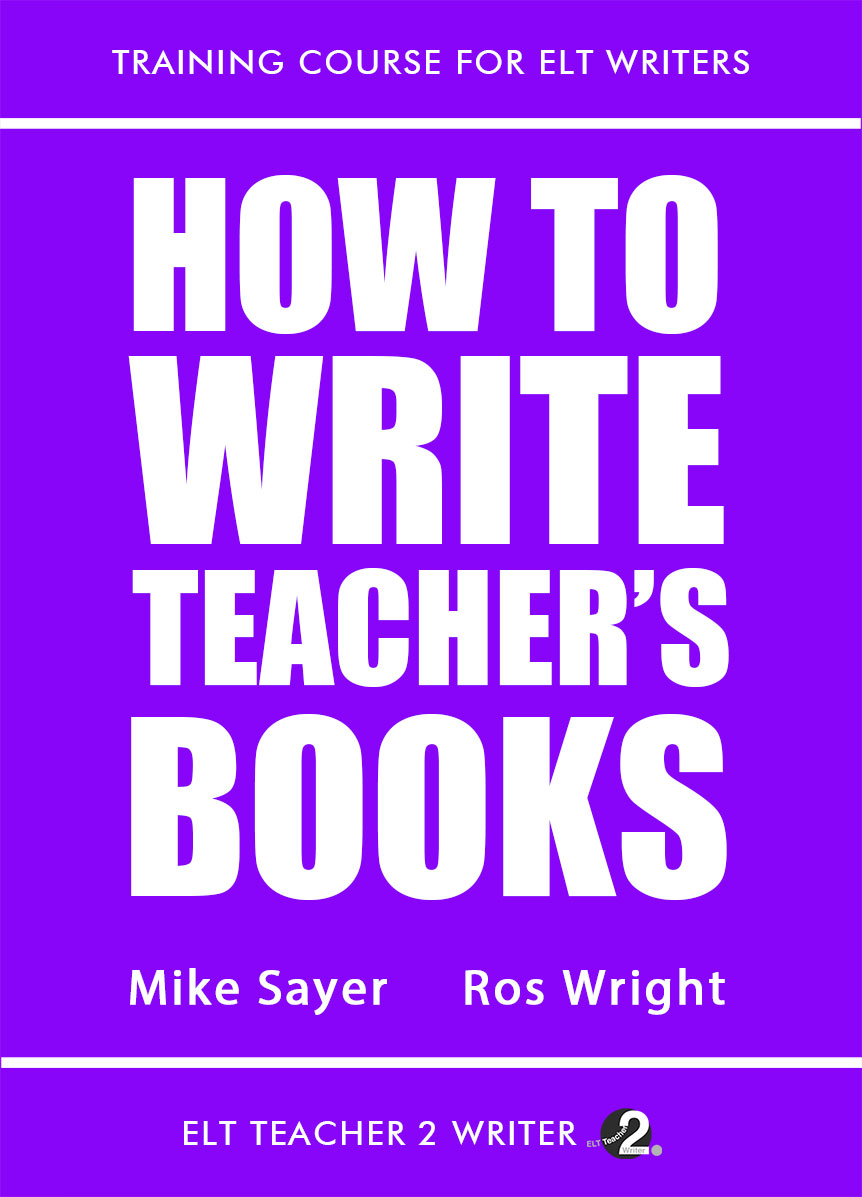 In this book, experienced Teacher’s Book writers, Mike Sayer and Ros Wright, demystify the process of creating teacher’s materials. The role of the Teacher’s Book writer is examined, along with a detailed breakdown of all the essential elements that need to be included in an excellent Teacher’s Book. The importance of this component shouldn’t be underestimated – it’s the key to successful delivery of the student’s material, effective classroom management, and much more.

This book forms part of the ELT Teacher 2 Writer training course. The course is designed to help you write better ELT materials, either for publication, or simply to improve the quality of your self-produced classroom materials.

Mike Sayer is a teacher, teacher trainer and author based in Oxford in the UK. He began his teaching career in Thessaloniki in Greece in 1986, and worked in EFL schools in Milan and Oxford before becoming a CELTA teacher trainer in 1991. For a while, Mike was head CELTA trainer at the Regent School in Oxford before going freelance in 2002. Since then he has run CELTA courses all over the world, in places as far-flung as Thailand and South Africa, Georgia, Italy and Slovenia, Dubai, Venezuela and the United States. He has also run teacher training workshops for in-service teachers in Spain, Ukraine and the UK.

Ros Wright’s ELT career has been fairly rounded, having worked not only as a teacher and Director of Studies, but also as Assistant ESP Editor for a major ELT publisher. Twice President of TESOL France, she is currently member of both the IATEFL Proposals Committee and the Conference Committee. Ros holds an MA in ELT Materials Development and possesses a real passion for materials writing. Having focused on English for Medical Purposes (EMP) since 1998, she is now co-author of several EMP titles including English for Medicine (Garnet Education) and Vocational English for Nurses 1 & 2 (Pearson). Ros has also co-authored a management title for the Vocabulary in Use series (Cambridge University Press). Her first publication, Good Practice: Communication Skills in English for the Medical Practitioner (Cambridge University Press), co-written with Marie McCullagh, was shortlisted for the 2008 British Council Award for Innovation and then went on to win the inaugural BESIG-David Riley Award for Innovation in ESP in the same year. Looking to combine all the above-mentioned skills and experiences, Ros now offers specialised EMP teacher training courses together with fellow ‘EMPers’, Virginia Allum and Marie McCullagh.

Where To Buy This Book

As Amazon Associates we earn from qualifying purchases made via the Kindle and Paperback links.

We use cookies to ensure that we give you the best experience on our website. If you continue to use this site we will assume that you are happy with it.OK